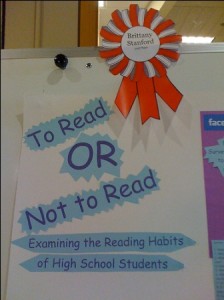 PubSlush is a new crowdsourced publishing platform for writers. Crowdsourcing is the decentralization of the authority structure which derives its strength from numbers rather than specialization alone (think Wikipedia vs. Brittanica Encyclopedia). Crowds, it is argued, can do things better and more efficiently than individuals. Whichever side of the fence you stand on such a controversial stand is up to you, but there is no denying that there are certain aspects which are indeed best done by crowdsourcing.

PubSlush seems to have found a sweet spot. Collecting money can be very efficient when done in small contributions. Obama knows this. And now, so does PubSlush. I find the concept really interesting, and hence this early PubSlush review, early because it is yet to prove it is a good model for authors.

In a nutshell, PubSlush allows writers to become published authors … if enough people support it. This is the crucial crowdsourcing aspect of the site. They will get you published but you need to get 1000 people to support your work. The way it works is simple – if I wish to support the book A Sweeter Stride for example, written by a friend, I can “buy” the book right now, but it will only be published if the author gets 1000 people to support it. At this stage, the book is published and I’ll get my copy. Only then will my credit card ever be charged. If the book isn’t published, I am never charged.

For people who like books and like to support upcoming authors, they can browse through a good collection of books and support books that they like. This is a great way for people to discover some interesting content online written by non-professional writers. After all, everyone has a story to tell.

Who Should use PubSlush

Writers who are looking to get published should keep an eye out for the site. It looks like a promising concept. Even if you don’t have immediate plans to get published, it is always good to know such a site exists. In addition, it greatly helps your credibility if you are a published author. It should help you in all walks of life. If you are a freelance writer, wouldn’t it be good to tell your clients, “Oh and by the way, I am a published author too” so you can really prove your point?

Ask James Altucher, the author of 7 books who wrote about it in a recent post.

Where is PubSlush Headed?

Unfortunately, at this point of time, I will need to base my PubSlush review on the limited information that I have simply because the site is new. As of now, they haven’t published anyone. The maximum support for a book is at 362. However, it looks promising enough.

One important thing to notice is the inherent viral nature of the website. If you are a writer, you would like to get published and this seems like an easier way than to chase down traditional publishers (provided of course you aren’t already famous). However, to get published, they will need at least 1000 supporters, each of whom will come to know about the site. Chances are, a few of them are writers themselves. This creates a great opportunity for PubSlush to promote itself because most of the promotion is through the authors. I like such business strategies.

As great a model as it seems, it is going to take time. The site doesn’t have tens of thousands of active users yet, which means it is up to the authors to really promote their book through their limited means. Also, there is a high probability of failure at this stage – it is hard to get 1000 people to buy your book before it comes out.

As the site progresses, I suspect the number of users will increase and authors will have a higher probability of success from more active users. This is a risk that authors are taking right now. 1000 doesn’t seem like too huge a number, but for a new website, it sure is.

For the future, it would be an interesting dynamic between the number of authors and number of supporters. As the site grows, it will need to maintain a healthy supply-demand dynamic in terms of attracting quality authors and interested buyers. If there are too many authors, they will never all get published because there aren’t enough people to support the project and the site will be left in a ghost-shell. If there are too few authors to choose from, the supporters will not have enough choice and probably will not find books of their interest and will never return.

In any marketplace, this dynamic is really important. It is hard to know beforehand how the site will pan out in the future. It needs quality authors and quality supporters who are interested to buy books from upcoming authors.

Since the site is new, I will update my PubSlush review from time to time. Getting the first book published should be a good milestone for the site. Once it reaches a critical mass, I suspect it would be a really good endeavor to consider.

Edit: An earlier version of the article incorrectly stated “If this target isn’t met, then the site will simply refund me the money.” with regards to a book not being published. In reality, you are only charged if the book is published, so really, there is no “refund” if a book isn’t published – you don’t get charged in the first place. Thanks to Erin for pointing it out. And thanks to PubSlush for keeping an eye out for their reviews, including this blog!