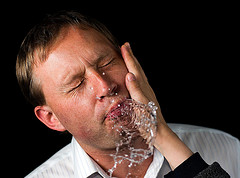 Blog networks are being de-indexed by Google … hard and fast! Google always maintains it needs webmasters to follow all the ethical principles of ranking higher in search engines. Of course, it is hard to implement all of them, even by a giant like Google. This is why people have been using all sorts of methods to rank in higher. Remember for an internet marketer, the difference between the first and tenth position can be a few hundred thousand dollars, so there is a high incentive to use “black hat SEO” methods and the like. This isn’t a very good idea in the long run; after all, the bottom line of SEO is Quality Content. Links are a way for Google to identify quality content. If you try to deceive Google, there are consequences.

What are Paid Blog Networks?

For those who do not know, paid blog networks are a private network of blogs formed in a network only to build links to one another and to others who pay them, directly or indirectly. What this means is, you either pay a blog network to publish your article on their network (one of the blogs) or you indirectly pay by adding your own blog to the network so others and submit articles on it with a link back to their own website.

The problem with paid blog networks is that the only reason they exist is for back-links. They are not “natural” as Google would say. Even though it is private, Google the God knows everything. It is now beginning to de-index the sites.

Some of the blog networks are well-known names in the industry, like Build My Rank (BMR), Article Marketing Automation (AMA), Authority Link Network (ALN), Linkvana (LV), etc. If you have used these services before, you might notice a decrease in your overall Google ranking because you would have lost out on some backlinks now. Just hope Google doesn’t punish the users of blog networks too (harshly).

Well, in simple words, Google found those out! Matt Cutts, the legendary inside-Google-SEO guy who does all the wizardry for search rankings and such updates, says blog networks are on his radar.

Google has already began de-indexing sites at BMR and ALN. Here is a discussion about ALN and was referenced by Matt Cutts in his tweet. BMR has posted the truth on their blog. It looks like the other networks are still safe, but no one knows for how long. Once Google is on to something, they can be pretty good with weeding out what they don’t like.

In the world of blog networks, de-indexing is part of the game. However, this is far more serious than the ones before.

If you are de-indexed by Google, you are essentially relegated to the netherworld of the internet, condemned to spend your time in obscurity without a soul in sight. That isn’t the best place for a site or blog to be, which is why it is never a good idea to be on the bad side of Google. Like it or not, they are the Gods in this game and you don’t want to displease them.

For starters, don’t use paid blog networks for link building! Think about promotion methods that you can talk to Matt Cutts about over a cup of a coffee. Do you think you can tell him that you pay some shady network of blogs to get backlinks to your site so that Google thinks you are more popular than you actually are? If not, don’t do it.

The discussion between white-hat and black-hat SEO is a long one. Many people justify using black-hat methods on many grounds. However, you should remember it is hard to last and you shouldn’t use those for the long term.

The sad thing is, many webmasters are unaware of these methods and they go to the SEO companies for building their rankings. They don’t know what these companies do to get these ranks. This is one reason I am always suspicious of these SEO agencies. They have an incentive system that isn’t in line with yours. They want to get your site up the search engine rankings as fast as possible and take the money. You want to remain there for the long term. Ask Google about the difference!

Understand what good SEO is about and don’t make the big-G angry. Promote your blog but only through ethical methods. Or if you want to give something a try, don’t do it with your primary blog. It is hard to know which black-hat methods will be weeded out. Do you really want to take the chance though? Whether you deliberate engage in these practices or you are just a victim, unfortunately, Google isn’t likely to consider you on a special basis.

Have you used blog networks? Have you been affected? What are your thoughts on this issue?